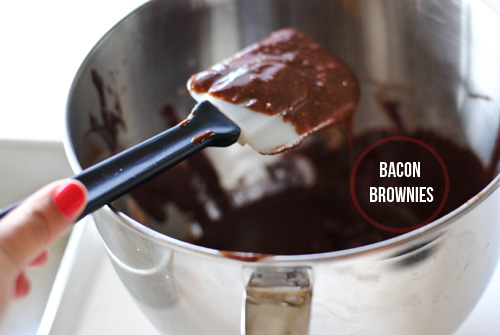 Yep, I went there… Bacon Brownies. I was sitting in class when my Spanish group got off topic, something that happens often! A friend started talking about his weekend and mentioned that he devoured bacon brownies for dessert on Saturday night. My initial reaction was “ewww…… that’s gross” but I decided that I would not form an opinion, and I should try them first. AND OMG they’re amazing… bacon and brownies are not two ingredients I would pair together, but it’s a secret that I would like to share with the world. I cheated and bought box brownie mix and topped my brownies with bacon crumbles……instant melt in your mouth deliciousness! 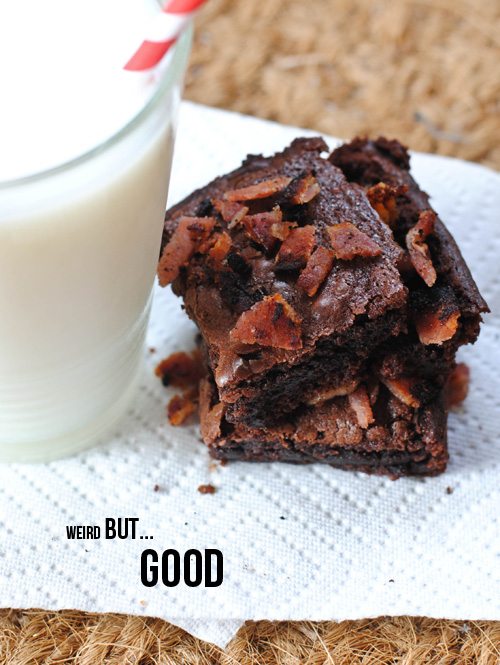 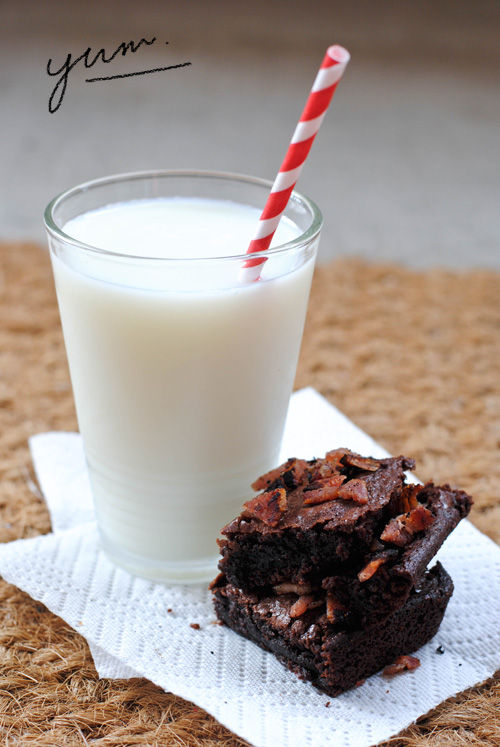 2 thoughts on “A twist on brownies”