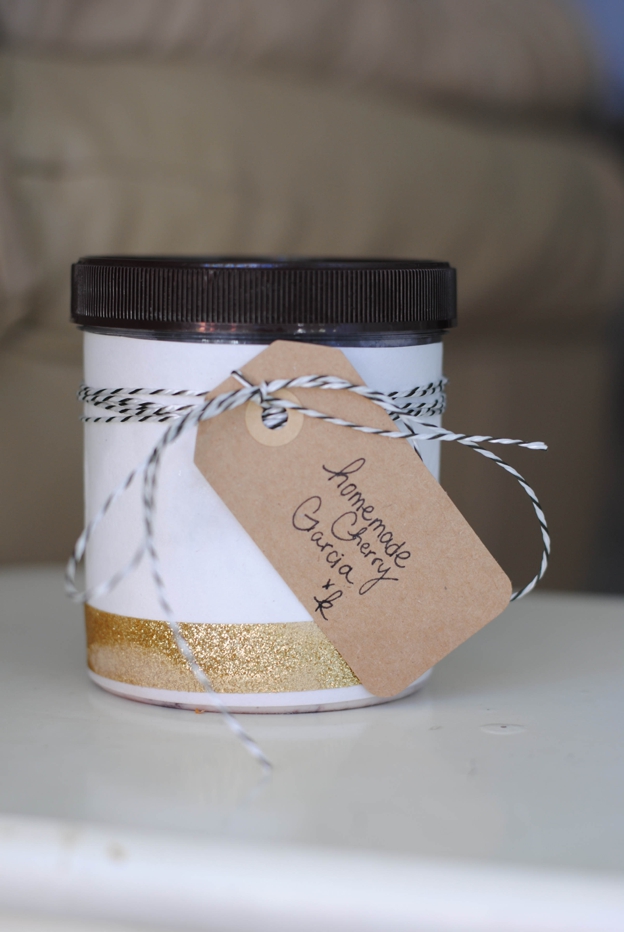 Stressed doesn’t even begin to describe the way I have been feeling the past 48 hours. It’s one thing to be a college student but to be a college student and run two businesses is a little much. I know that I do it to myself and I am aware I spread myself far to thin so I can’t necessarily complain or throw a pity party to anyone so instead of wallowing in my own self-pity I decided to cope with it by making homemade ice cream. Surprisingly… homemade ice-cream when you have an ice cream maker is easy (but not a fast process). After I made my flavor of choice (mint-chip), I decided that I would also make some for a friends birthday by adding in cherries and chocolate chips to somewhat resemble his favorite Ben & Jerry’s flavor Cherry Garcia. I used an old jar and covered the label with white construction paper to make a homemade food gift. 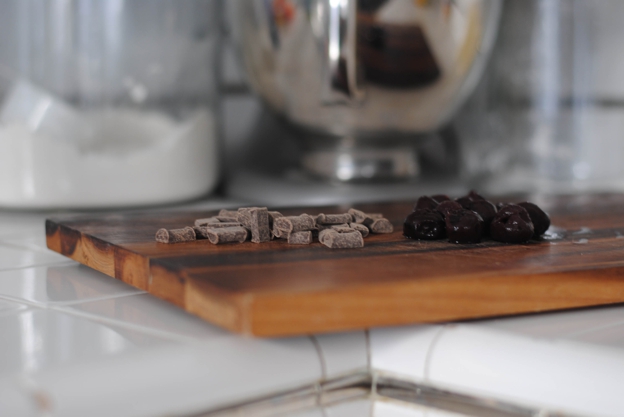 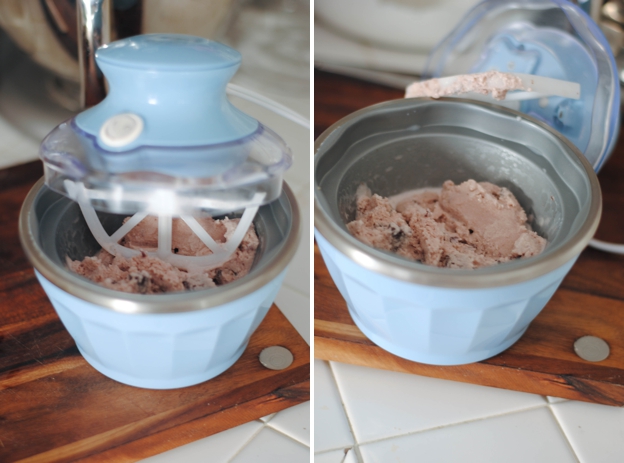 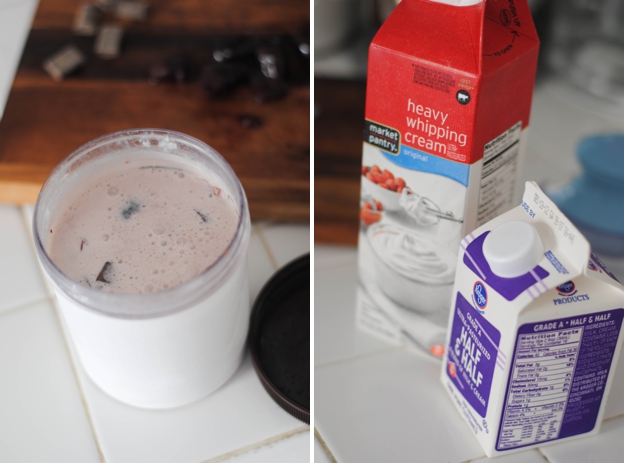 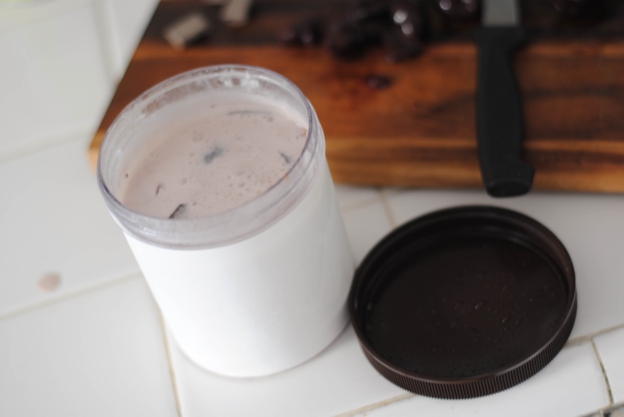 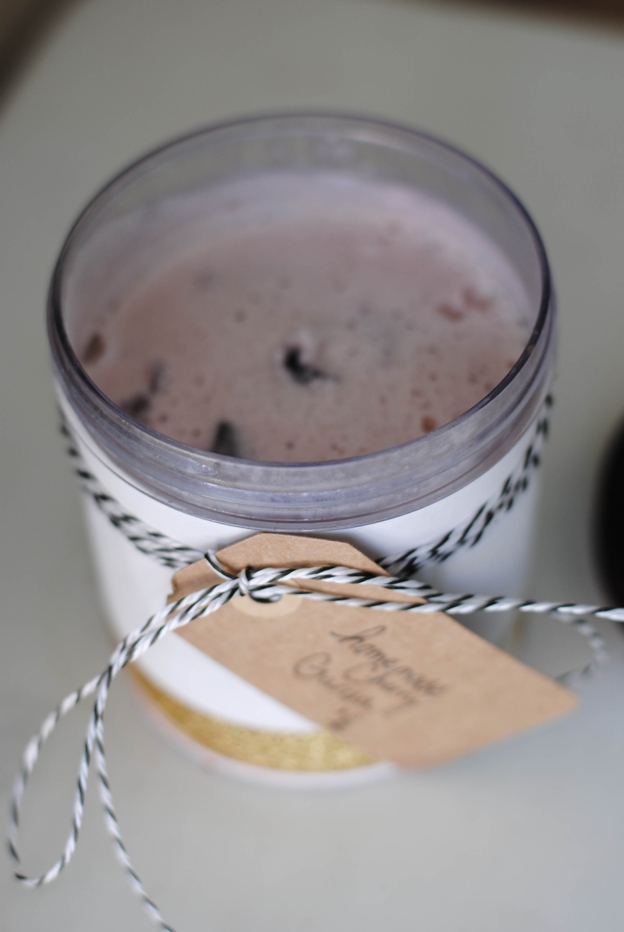 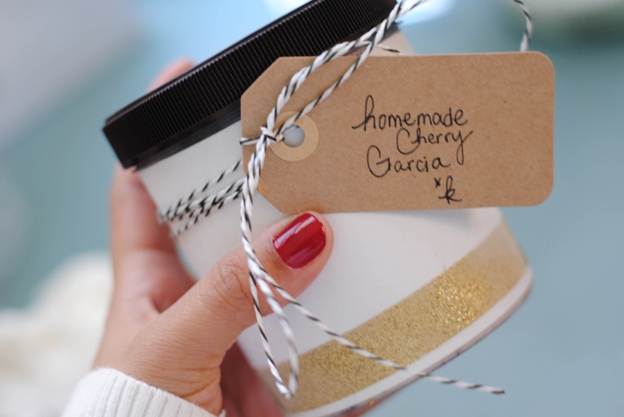